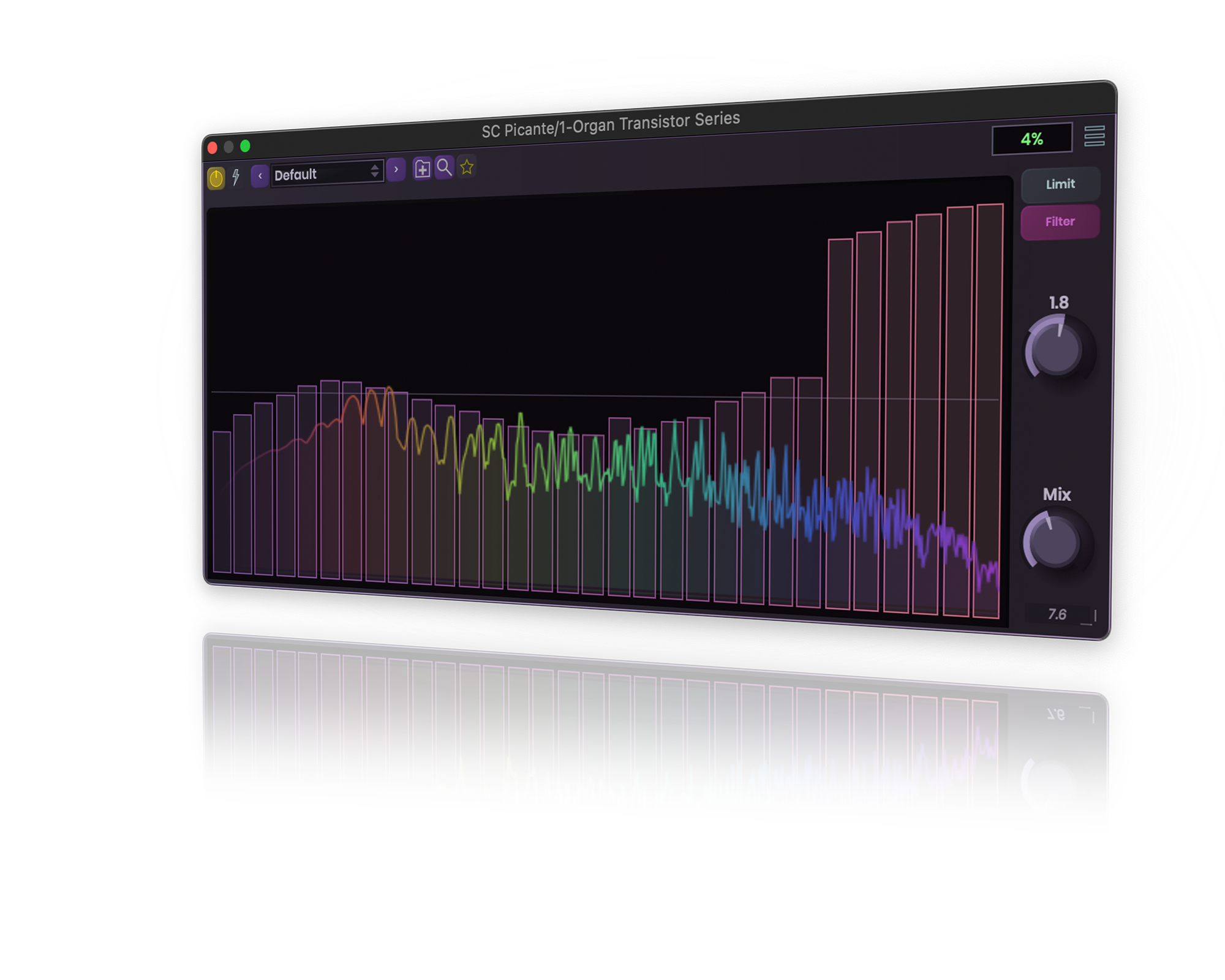 The Ring Mod is the dirty little secret of synth enthusiasts and dark hip-hop and dub producers everywhere, but it is little understood, and often overlooked. The Ring Mod has been used in the design on many, many synthesizers, particularly the early modular synths (Moogs, Oberheims, etc). Notably, it was also used as the voice of the Daleks (in Dr Who). More recently, Ring Modulators have been used to make distinctive dub-bass wobbles, and some of the weirder noises you here in the music of Amon Tobin, for instance.

This plugin is a direct collaboration with Dr Chris Warren (aka Superhoax); who is also the genius behind Echothief, the library of impulse responses we use for our modeling reverb of the same name. The plugin is adapted from his Picante MaxForLive patch.

Picante works as a tone shaper, graphic EQ, and light distortion. It can be made to add grit or a soft fuzz. The full range EQ gives you precise control even as the limiters introduce a nuanced amount of nonlinearities for tonal depth.

We use a unique combination of limiters and saturation to obtain a light push overdrive that is perfect for bring out the grit in horns and vocals, or used more aggressively it can be used to push a tone to be hard but not heavily distorted.

The inclusion of variable Q gives another dimension of control as you can push the sounds resonance toward ringing. This lets you use this plugin as an effect for otherworldly sounds, shaping a saxophone into a thick tinny sound and then morphing into a ringing percussive blast.